Get fresh music recommendations delivered to your inbox every Friday.
We've updated our Terms of Use. You can review the changes here.

Give My Regards to 116th Street 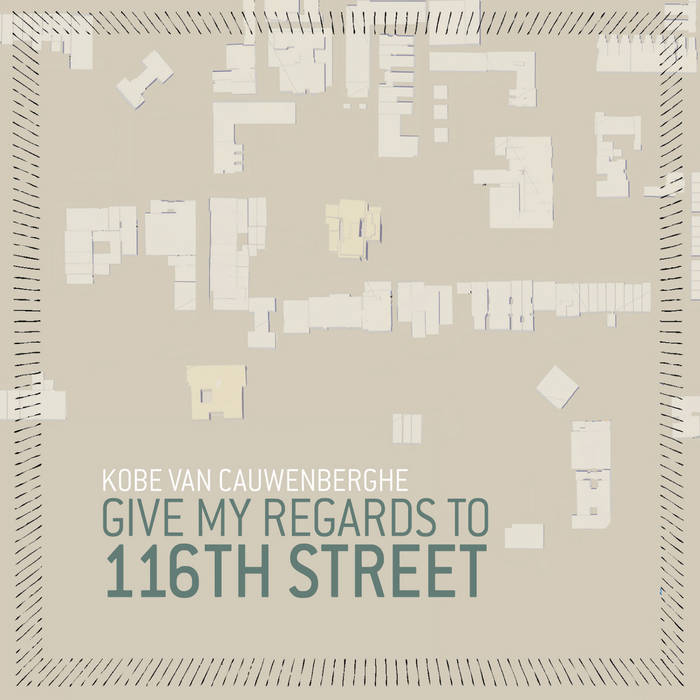 Give My Regards to 116th Street is Belgian guitarist Kobe Van Cauwenberghe’s humble homage to the city where he spent his formative years as a musician. Music from a number of New York based composers features heavily on this album. From the various collisions and malfunctions of Alex Mincek’s Strata, through the clicking rubbing, scraping and popping of Rama Gottfried’s Spindle, to Christopher Trapani’s association of the guitar and various american folk instruments in Really Coming Down, this album explores the different musical approaches of young American composers of Kobe’s generation.

Born in Antwerp, Belgium, Kobe Van Cauwenberghe is a committed performer of the music of today. During his three year long stay in New York City, Kobe was a member of the Wet Ink Ensemble and was involved in several large projects as a freelance guitarist, including a tour with the Signal Ensemble for Helmut Lachenmann’s 75th birthday and the American premieres of Fausto Romitelli’s Professor Bad Trip, An Index of Metals and Trash TV Trance. Kobe is currently a member of the electric guitar-quartet Zwerm, which he co-founded in 2007, the Nadar Ensemble and the Parisian collective soundinitiative.

Carrier is dedicated to bringing the best, most unique, and most adventurous music from the New York City region, the US, and abroad, and to release a wide range of styles and sound worlds, while maintaining the highest quality releases possible.